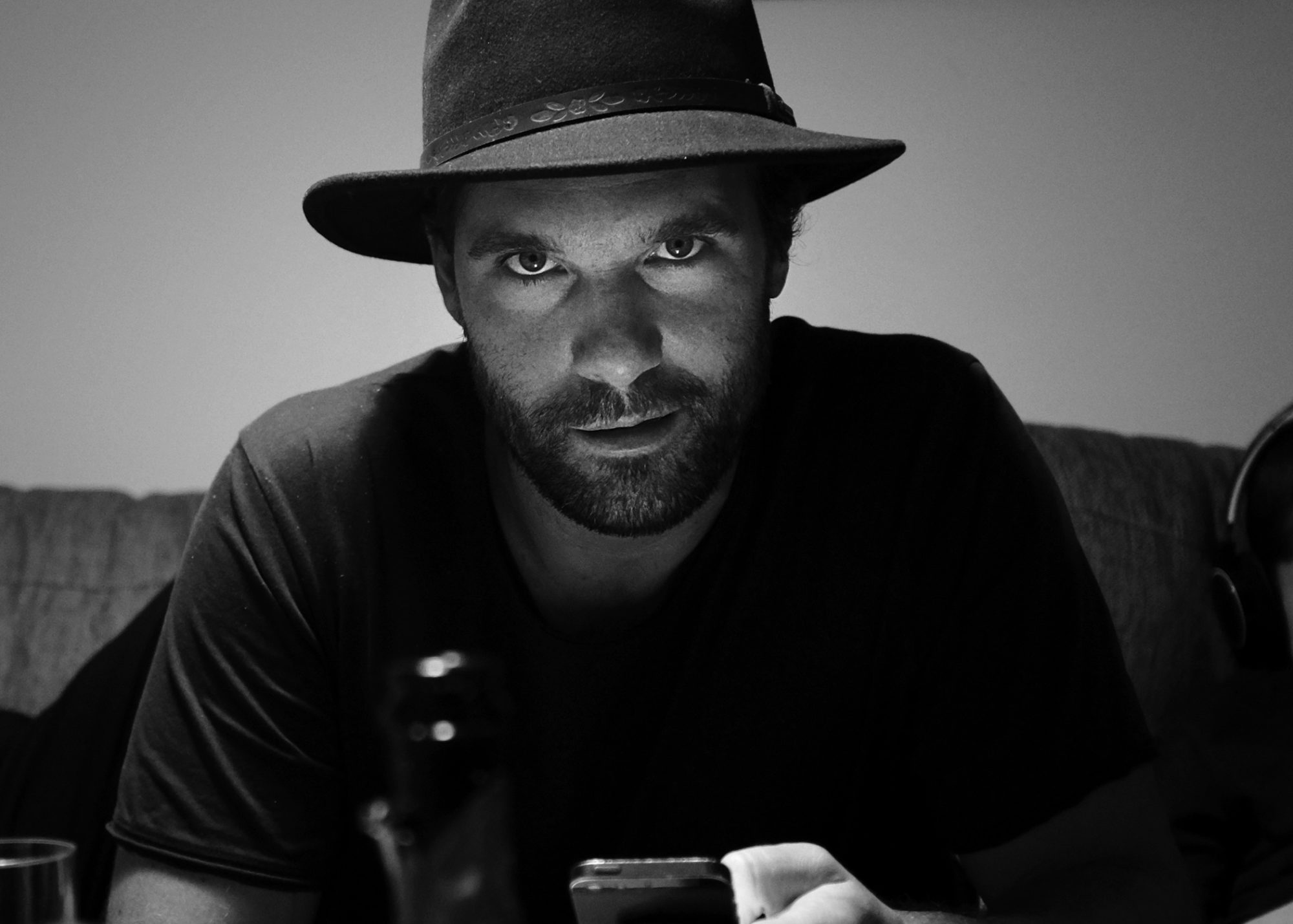 Sweden’s Victor Norman creates music that you wont likely hear from other producers. His uniqueness is most present in his extraordinary track “Hymn”. We got the chance to speak with Victor about his music and influences, which you will read below.

Hi Victor, can you tell us something about your first musical influences, and how your musical path developed, till the point where you at this very moment?

As a teenager i was always listening to music that a lot of my friends thought was depressing, like The Cure and Sisters of Mercy. I always preferred the minor keys to the major. Later on Portishead, Massive attack and Funki Porcini ruled my world, and still do. The early days of Trip Hop were some amazingly inventive years and still influence me. I was very much into DnB and dubstep for a long time but over the years it got harder and harder to find interesting stuff so I started looking at other stuff, I actually didn’t get into 4/4 dance music like Techno and House until just a few years ago.

Describe your own sound, and what is different about it in comparison to the others on electronic „market“, which bursts in overproduction these days.

Yeah I don’t know. The market certainly is bursting, and not with quality…

I’m not trying to sound a specific way, I just try to make tunes that I would like to listen to myself. I guess that makes me very uneven as a producer, which I know a lot of people see as a negative, but it also means I can surprise you from one production to the next.
But of course there are some elements that I keep coming back to; dark, dubby sounds, melancholy pads, deep bass. It’s a little frustrating because I really like the minimal stuff, but I always fail at keeping things basic myself, there’s always a million things going on in my tracks. I have the utmost respect for producers who manage to come up with great grooves using only a few elements.
Abotu Hymn EP, the title tracks gives epic feeling for the listener with chant vocal and piano line. What was the starting idea?

The idea was to start of with a pretty basic groove and then switch it up with something really esoteric and sacral. I had wanted to use the vocal sample in that one for a long time but never found a proper place for it, it always felt a little cheezy. So I was struggling with it because i didn’t want the track to be just some drums and a bassline. But then one night my girlfriend Sara put on this mix with an intro that had a really nice piano riff, I wish I could remember the name of the tune… So I sampled it and messed with it a bit and suddenly everything fell into place.

Besides two remixes, EP contains your collaboration with Harro Triptrap, electro sensation named Mimikry, what can you tell us about it?

When I first heard Harro’s First ep I was completely blown away. He’s got such an interesting, weird, wonderful style. So I was a big fan right from the start and wrote to him on soundcloud praising him for his genius. We started chatting and sending tunes back and forth and then we just decided to start making a tune together. I sent him the first sketch, and at that time it sounded absolutely nothing like what the track is now. His take was completely different, but I loved where he went with it. So after that first big turnaround we did a few more back and forth’s refining stuff. I sent it to Amselcom and proposed it as a track for the Hymn Ep, and the rest is history!

You introduced us to your track Chant, in which you once again show uniqueness of your music with its oriental elements. What inspired you to make it?

I wrote that one while on vacation in Nicaragua, and actually wanted to make something really calm and meditative. But then some really shitty, stressful things happened on that trip (the corpse of a freshly drowned young tourist washing up right in front of our house was just one incident) so the track turned into this pretty energetic, insisting, almost stressed out thing instead. It’s very interesting how the energy around you can have such an impact on creative work. Maybe when I’m more skilled as a producer I’ll be able to bypass all that but for now I embrace it. I let the tracks become what they want to be.

We can put your music into any specific genre, so do you think that’s better when your music is not labeled that way and why?

Yeah, i wouldn’t be the first one to say that genres are overrated. I mean of course labels are useful sometimes, it would be really frustrating if the record stores just threw everything in a big pile regardless of what the music sounds like… But the specific pinpointing that’s going on now is pretty pointless, who’s to say whats minimal/micro/ethno/ etc? It’s so subjective. I make electronic dance music. Call it edm if you like ;).

When can we expect new music from you?
Soon. (ish). I have a full time job, so I don’t get to spend as much time as I want making music. But there are some tunes coming out here and there, I just can’t tell you when because I don’t know.
You were a DJ first and then you started producing. Why have you decided to make music?

I always liked playing around with instruments, I played a little bit of piano and a lot of guitar when I was a teenager, playing in bands with friends and so on. But as I got older I just kind of stopped. Put the guitar in the attic and forgot about it. And even when I started dj’ing it never occurred to me that I could be making those tunes myself. Until I started playing around in Ableton one day and realized how much you could actually do, with just a laptop! Mind blown… I had thought you needed tons of expensive equipment to do that kind of thing. There was no turning back after that discovery. The guitar is no longer in the attic…

What is your perception of music?

What an odd question! I think music is one of the few genuinely good things humans have created. I hope that’s a decent answer.

What are your plans for the future?

Make. More. Music! And travel. I really hope to get out a bit more this year and do festivals and such in the summer. But I’ve got a baby on the way as well, so we’ll see how that goes…